… On 24 and 25 February 2018 was held, for the first time in Africa, the 1:54 Contemporary African Art Fair Marrakech in the Grand Salon of the luxury hotel La Mamounia, Morocco. 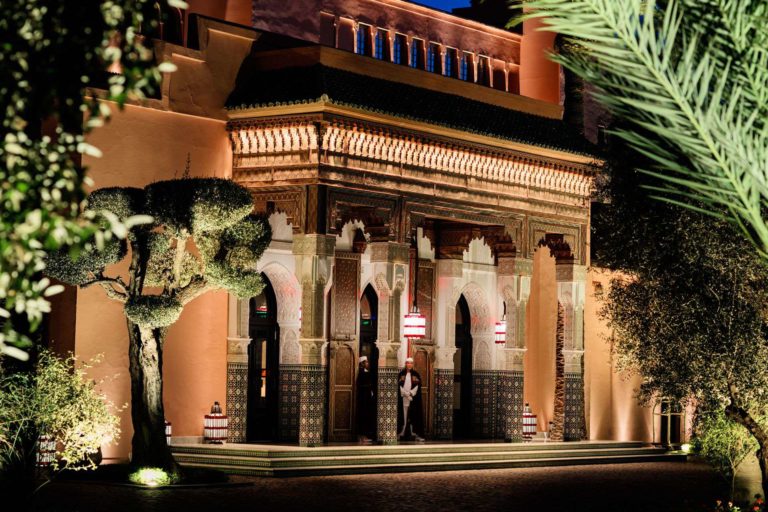 A real little boom in the world of Contemporary African Art, 1:54 artfair is a keyword marker (Hashtag) that you will quickly memorize. Africa has indeed long lacked the representativeness of its indigenous artists, generally promoted by European or American art galleries. After being presented in London 2013 in and New York in 2015, 1:54 contemporary african art fair marrakech will give a spotlight to dozens of artists and art galleries directly on the continent. You can dive into the Last African Arts, as opposed to the famous First African Arts. 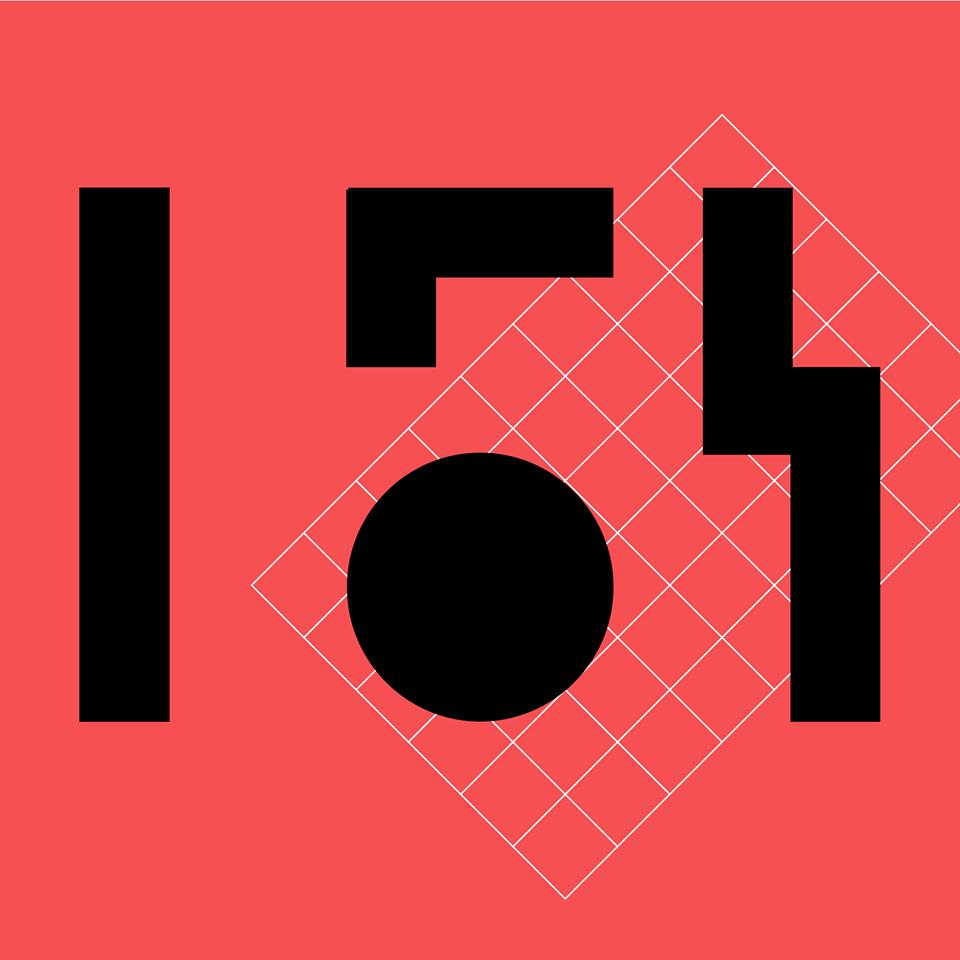 Discover the Article What to Visit in Marrakech ?

1:54 contemporary african art fair marrakech http://1-54.com/ already has 2 editions : one in London, created in 2013, and the other in New York, created 2 years later in 2015. Touria El Glaoui, daughter of Marrakchi artist Hassan El Glaoui and granddaughter of Pasha Tami El Glaoui, famous during the French protectorate, is at the origin of 1:54. Founding Director of the contemporary art fair, this Moroccan woman, ranked among the 50 most influential women in Africa, has always remained attached to her native country. Since the beginning, she has always wanted to promote African art from Africa and the Diaspora on her own continent. It is done with this 3rd edition in Marrakech, which was chosen for its strategic position. Indeed, Marrakech constitutes a rich and fertile artistic ground notably because of the presence of a bubbling artistic scene.

With the presence in the past of the famous Biennale of Marrakech, the inauguration of several museums: the MACAAL and the Yves Saint Laurent Museum, as well as international auctions on 2 occasions, Marrakech has positioned itself as an essential destination for African art. Both Traditional and Cosmopolitan, the red city attracts more and more art lovers, because of its climatic assets, its high tourist standards and the exoticism and orientalism of the Moroccan south, between palm trees, dunes, mountains and Moorish architecture. At the crossroads between Africa, Europe and the Emirates, Morocco holds a strategic position. 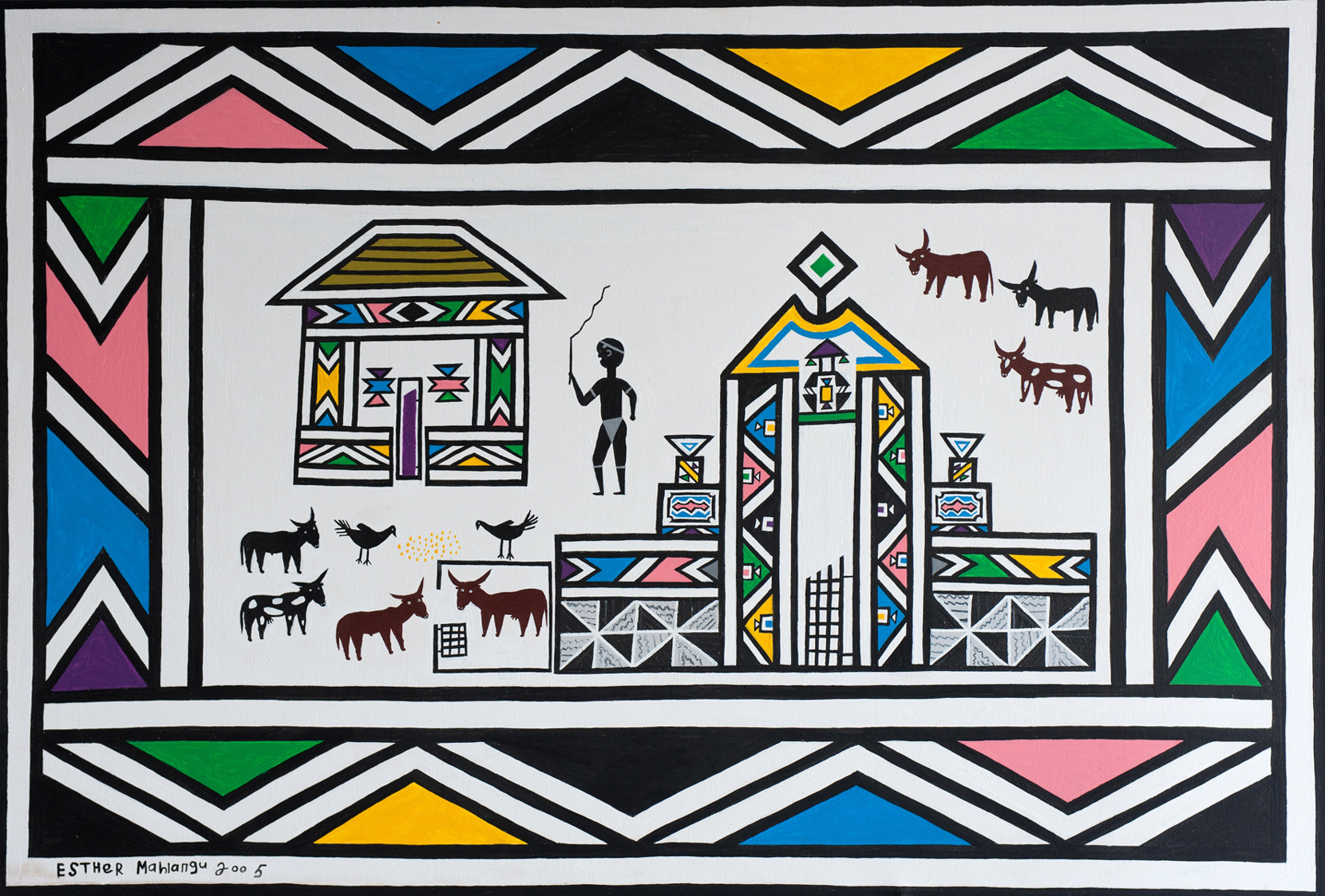 In 1:54, the number 54 simply represents the number of countries on the African continent.

Omar Berrada, curator of the exhibition, but also writer and director of Dar Al Ma’mun, runs the 1:54 fair. Dar Al Ma’mun is a non-profit organization, artists’ residency, located on the 7 hectare site of the Fellah Hotel on the Ourika Road, 13 km from Marrakech.

2/ Galleries in Presence at 1.54 Marrakech


About sixty artists, represented by 17 art galleries from 9 different countries are exhibited in Marrakech during the Contemporary African Art Fair 1:54 on February 24 and 25, 2018 :

Atelier 21 and Loft Art Gallery are based in Casablanca, VOICE gallery is for its part located in Marrakech. Cécile Fakhoury, LouiSimone Guirandou Gallery and Art Twenty One Gallery are located in Africa. The Commissioner of 1-54 Forum, Omar Berrada and co-organizer of previous editions,is delighted at the idea of being able to organize a cultural program of such a scale in a city which holds so much at heart. According to him, “Marrakech has become an international cultural capital, a real crossroads for artists”.
Touria El Glaoui specified that “There is no better place to host this first edition in Africa”.

Discover the Article about All Gardens of Marrakech

1:54 contemporary african art fair marrakech is held mainly at the luxury hotel La Mamounia, between the Medina and the Hivernage district on 24 and 25 February 2018.

Special Projects are also present in emblematic places of the city, such as the Yves Saint Laurent Museum, the MACAAL Museum of Contemporary Art located in the Resort of Golf Al Maaden and the Residence of artists Jardin Rouge of the foundation Montresso. 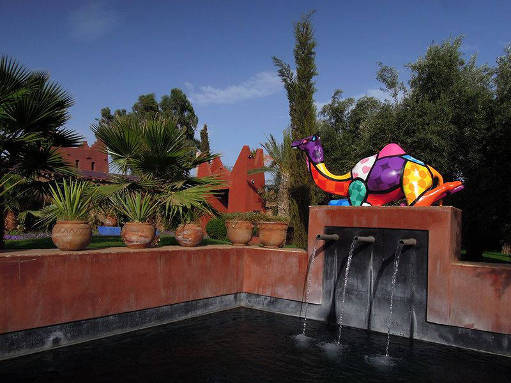 a/ Forum 1:54 organizes conferences and debates, including one entitled “Always Decolonizes !”.  Located at the ESAV, the Higher School of Visual Arts, as well as at Riad “Le 18”, a cultural exchange platform, located at 18 derb el Ferrane, Riad Laarouss in Medina of Marrakech. In addition, Riad Yima, owned by the family of artist Hassan Hajjaj, well known for his pop art photographic works, will also be accessible during 1:54 contemporary african art fair marrakech.

b/ MACAAL, on the Al Maaden site, was founded in 2016 by Othman Mazraq and the Alliances Foundation. The Alliances group is the largest hotel manufacturer in Morocco. For the 1:54 contemporary african art fair marrakech, the site presents from February 24 to August 24, 2018 a temporary exhibition entitled “Africa is No Island”, in which are exhibited the photographic works of 40 artists from Africa or the Diaspora, as well as other works from the personal collection of the Mazraq family. http://macaal.org/ 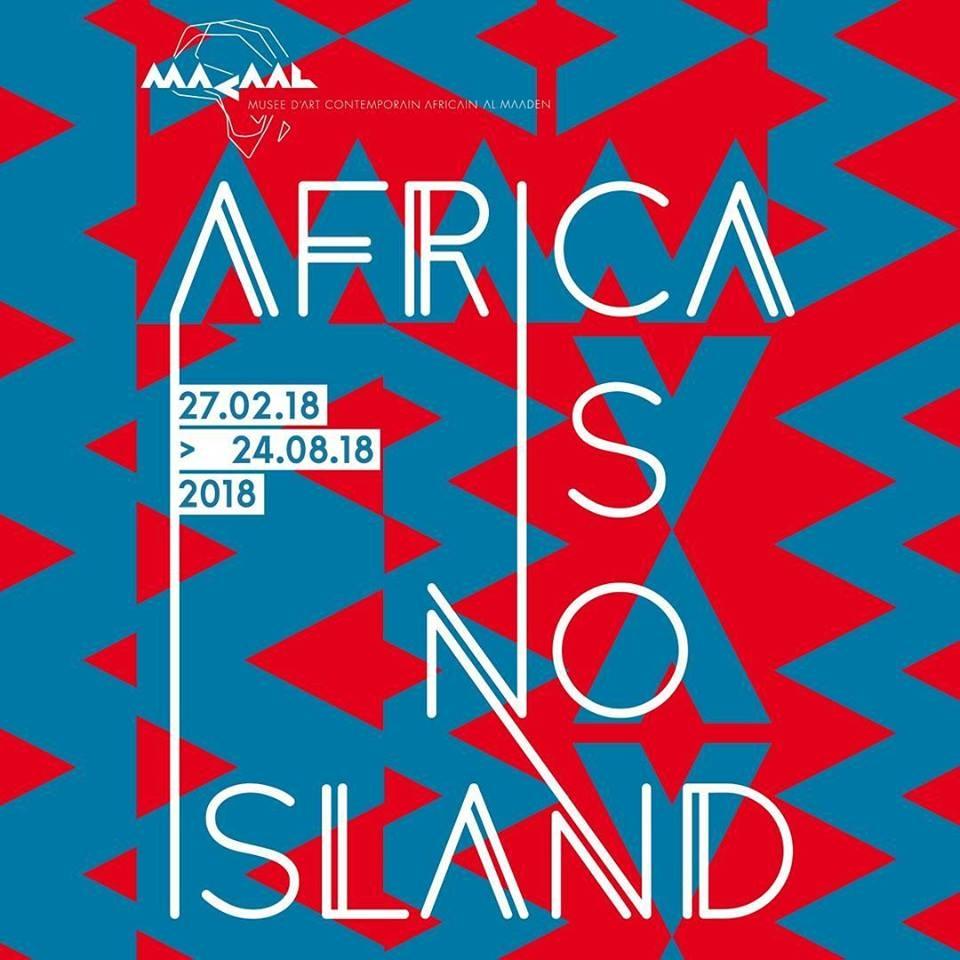 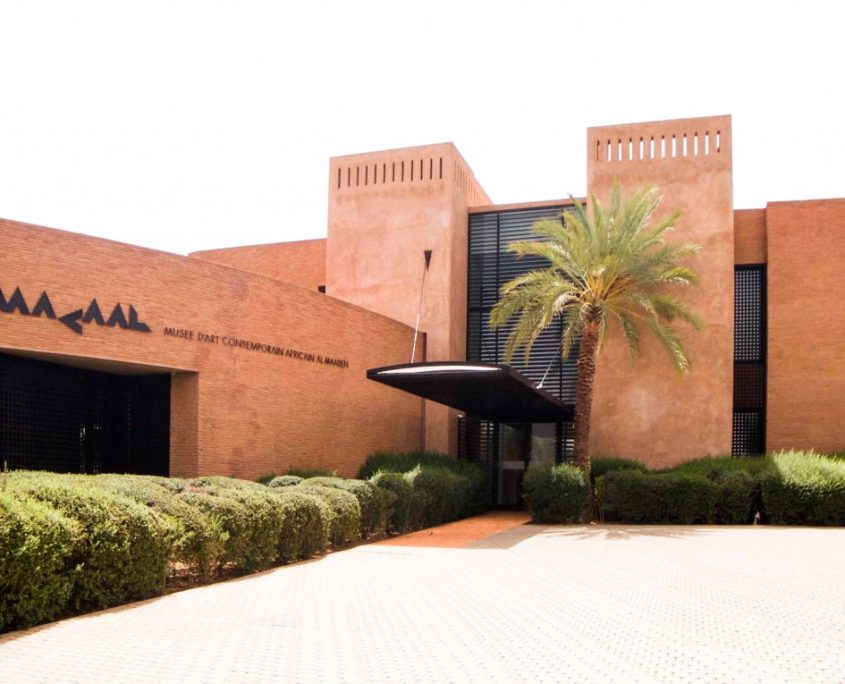 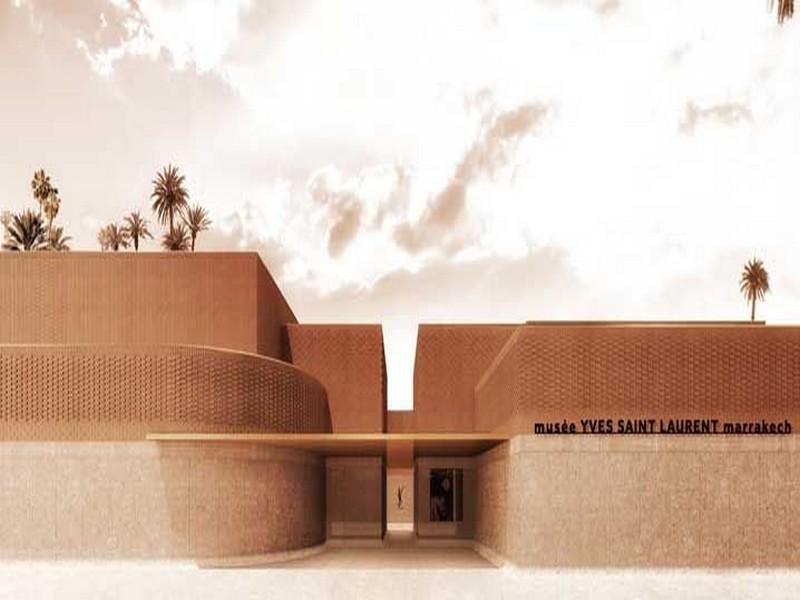 d/ The Montresso Foundation, created in 2007, celebrates the 1:54 contemporary african art fair marrakech event with the In-discipline #1 exhibition, an itinerant program to support creation and dissemination, which brings together 5 artists, including 4 from Benin, in the heart of the Montresso art space, from 22Febr to 31March2018. http://montresso.com/ 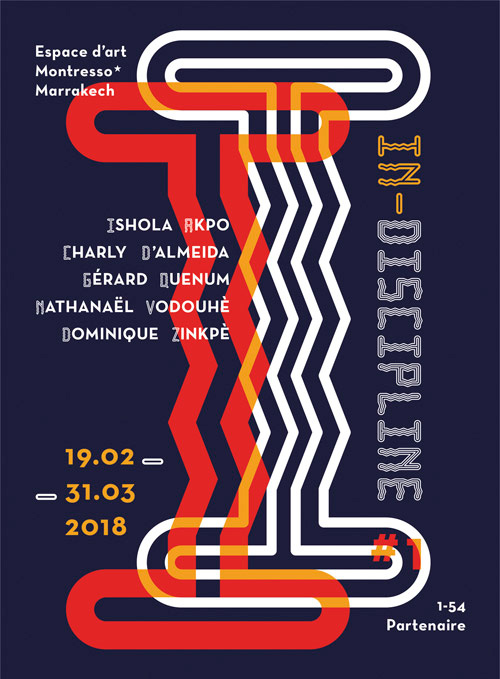 Read Article How to Get Around Marrakech Easily ?

The interest for African Artists, long reduced due to a crucial lack of visibility of their works by the public, is growing. A growing number of fairs and museums are now specialized in African Contemporary Art on the African continent itself.

In Cape Town, the opening in September 2017 of the ZEITZ MOCAA Museum of Contemporary Art, located in a refurbished grain silo in the old docks, presents Jochen Zeitz’s collection.

In Paris, the AKAA – Also Known As Africa – Contemporary African Art Fair is held at the Carreau du Temple, Paris, in November 2018. http://akaafair.com/ . 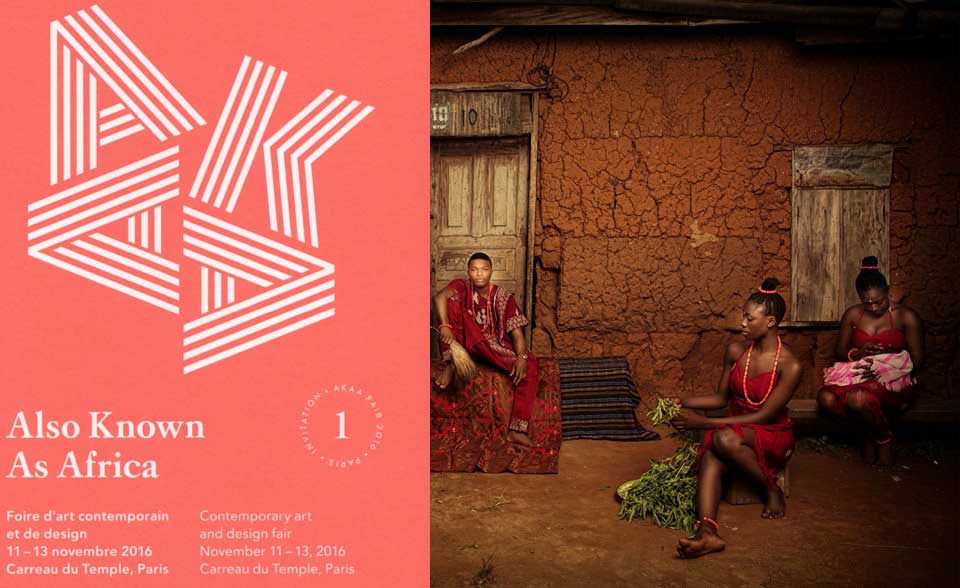 Little Africa, for its part, is a cultural and tourist agency whose purpose is to promote Africa, from Paris. As part of the 1:54 contemporary african art fair marrakech, she is behind the presentation “Marrakech Off The Tracks !” which aims to create a link between artists, collectors, gallery owners and art lovers, http://littleafrica.fr/la-home/

Experience a Traditionnal Hammam & Massage for Couples in Marrakech Medina 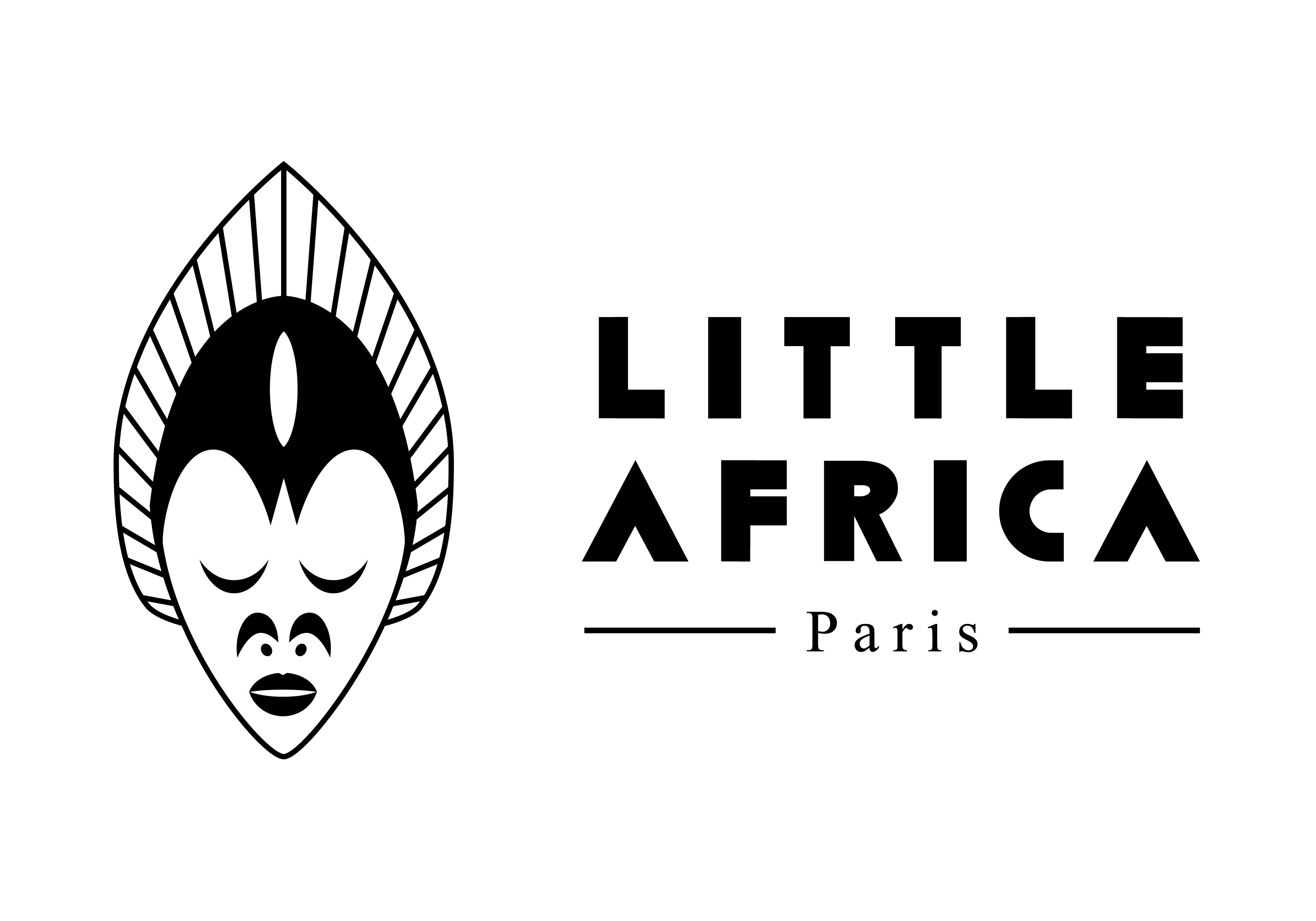 In Casablanca, ARKANE is an artists’ residence and a multidisciplinary creative space coordinated by the Association pour la Promotion de l’Art et la Sauvegarde du Patrimoine Culturel. With various exhibitions such as the 3rd edition of the International Art Forum in Casablanca, at the Hassan 2 Mosque Foundation, and ART’COP22 in Marrakech during COP22 in 2016, the group of African Artists, located 5 BD Abdellatif Ben Kaddour in Casablanca, Morocco, emancipates the contemporary African art market. https://www.facebook.com/arkane.maroc/ 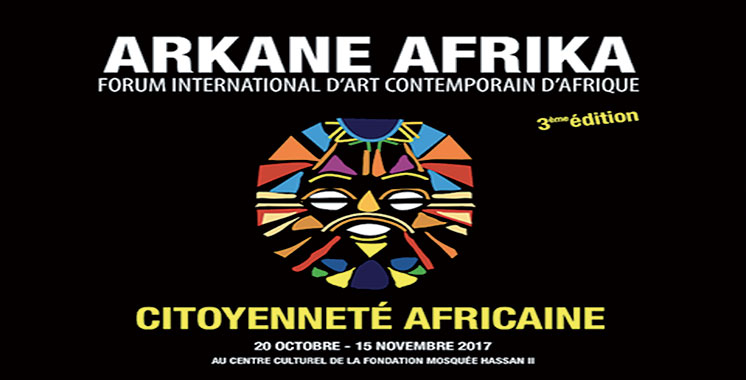 Also, the KULTE art center, located near the Mohamed 6 Museum in Rabat, opposite the Parliament, which is both a modern art gallery and a publisher, remains a major player in contemporary art in Morocco, with productions and publications that are distributed in the bookshops of the largest museums. Its founder, Yasmina Blaji, Teacher Researcher at the Sorbonne, federates the energies to open up the world of contemporary art in Morocco http://artkulte.com/ 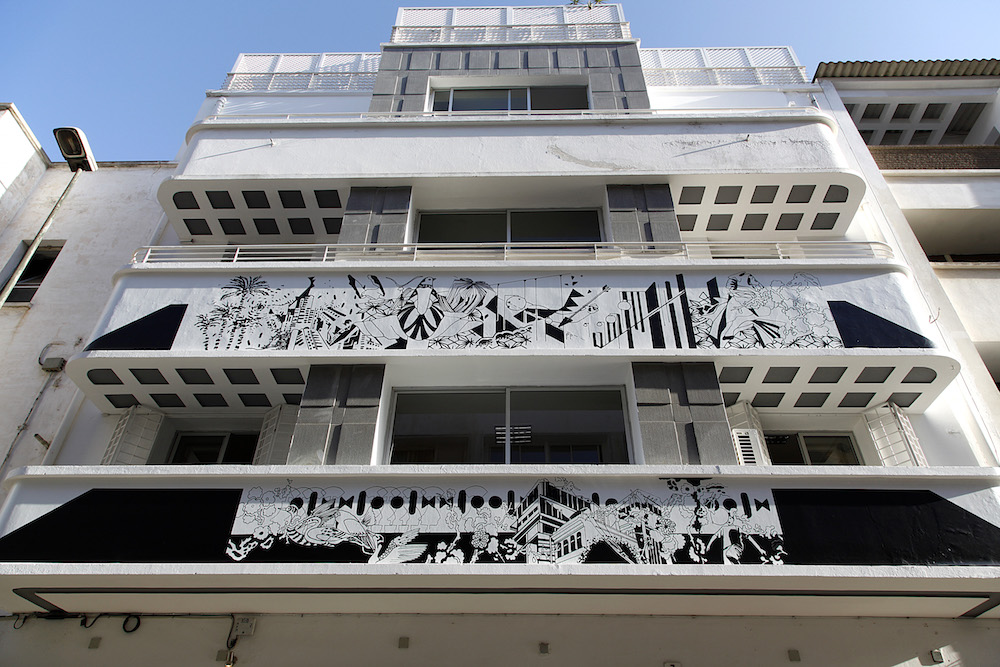 The organization of the Cop22 (climate conference) at the end of 2016 by the city of Marrakech and Morocco, was a great success and an important marker to give the Red city an international stature and resonance. Since then, Marrakech continues its momentum, and continues to develop both Architectural, Economic and Artistic plans.

The inauguration of the new terminal of the airport Menara of Marrakech, which thus triples its capacity of reception, the opening of several hotels 5 stars these last years (Mandarin oriental, Four Seasons, Park Hyatt, Movenpick, Selman, Radisson Blu…), the launching of Ecological urban projects and the opening or the renovation of 3 important public museums such as the Water Museum, the Dar Si Said Museum and the Dar el Bacha Museum confirm the radiation of the imperial city of the south Morocco.

On the cultural level, ART’COP22 and the ARKANE group of African Artists, as well as the CONTEMPORARY ART BIENNIAL or the ARTCURIAL AUCTION SALES in Dec. 2016 and 2017 have also given Marrakech a real spotlight. The Galeries Comptoir des Mines and 127 in Marrakech are here to prove it.

Finally, the opening of the Yves Saint Laurent Museum in Marrakech and the MACAAL confirmed Marrakech’s “Art” position as the leading artistic city on the African continent.

The Museum of Contemporary Art Mohamed 6 in Rabat, MMIV, opened in 2014, after 10 years of work, is the first museum institution in the kingdom. http://museemohammed6.ma/. 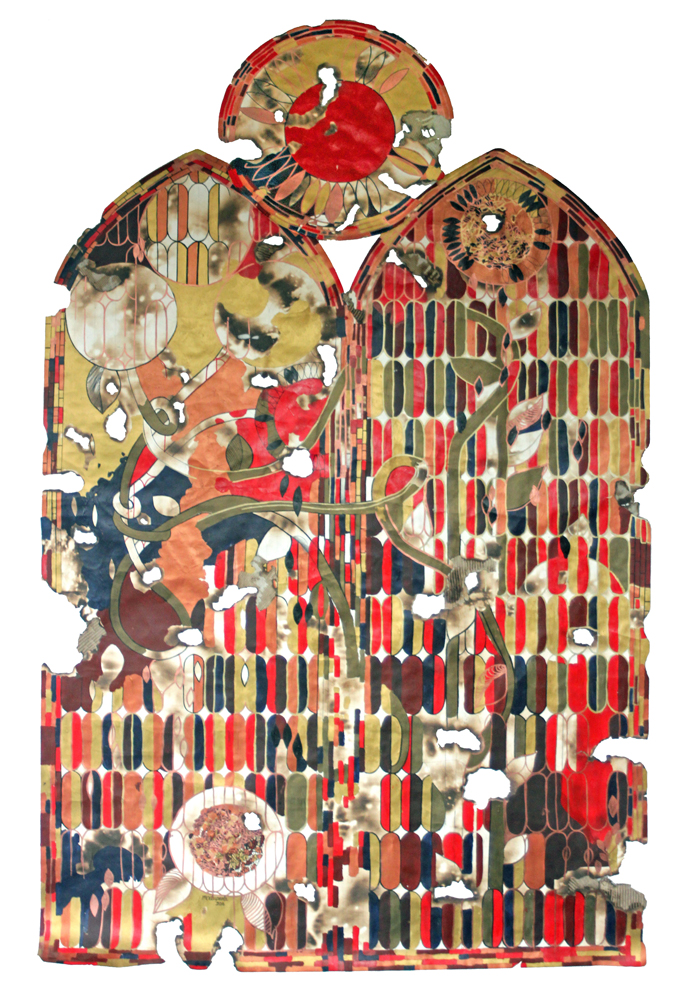 With 1:54 contemporary african art fair marrakech, Touria El Glaoui confirms the strategic positioning of the fair which is likely to attract a hundred important collectors, of which 20% are Moroccan. However, the majority of buyers are not Moroccan. There are French, Belgian and French-speaking collectors from African countries such as Senegal and Cameroon.

Maps of Marrakech | To Print & Download
Hammam in Marrakech History of an Ancestral Ritual
Weather Temperatures per month in Marrakech
Ourika Valley What is it ?
Berbers in Morocco | Plurimillenarian Indelible Maghreb Civilization
Negotiation in Marrakech Souks | Where to Shop ? What Souvenirs ? Schedules, Map of the 18 Souks