Posted by RiadAlKsar Art of living,What to visit No Comments

Named after its former owner and designer, it has just undergone a major renovation.

Discover the Best Places to Visit in the Medina of Marrakech

Palace of the 2nd half of the 19th century, the Dar Si Saïd Marrakech Palace Moroccan Weaving and Carpets Museumwas has been built on the order of Said Ben Moussa, Minister of War. Said Ben Moussa was the brother of Ahmed Ben Moussa, called Ba Hmad, Chamberlain of Sultan Moulay Hassan I and then Grand Vizier and regent of the Sultan of the Kingdom of Morocco, equivalent to Prime Minister, under Sultan Moulay Abdel Aziz (1984 to 1908).

It was Ba Hmad who had built the Bahia Palace, not far from Dar Si Said. “Dar” means House in arabic and “Si” is the diminutive of Sidi meaning Sir. Dar Si Said can therefore be translated as “Mr. Said’s house”.  Following several assignments, the Dar Si Said Palace in the medina of Marrakech now houses the National Museum of Moroccan Carpets and Weavings. 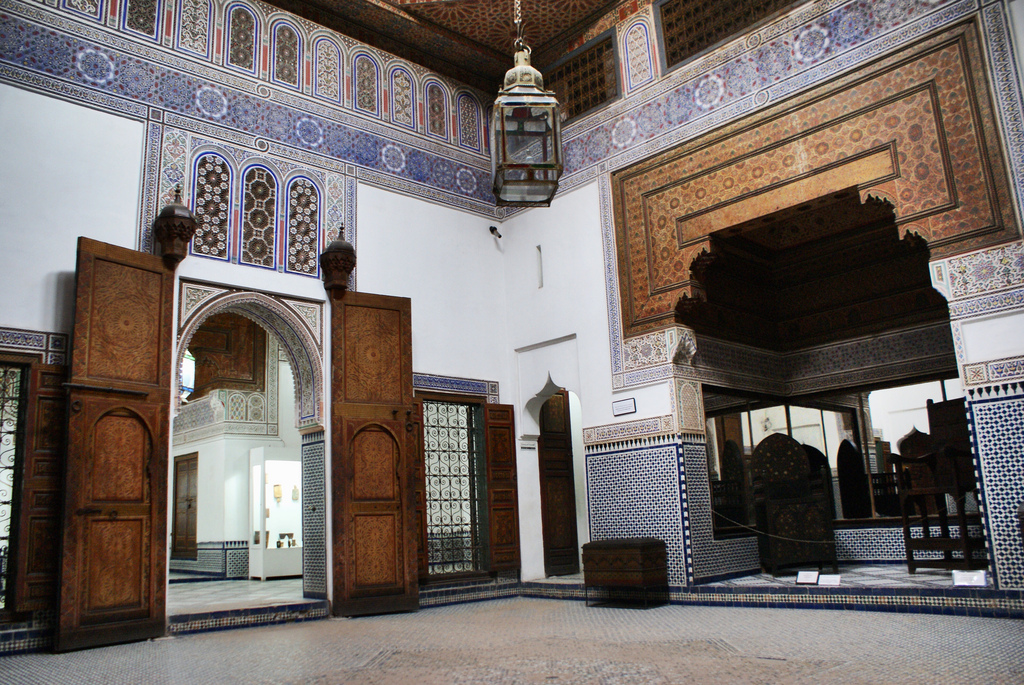 Discover the History of Bahia Palace in Marrakech

During the French protectorate, the Dar Si Said Palace welcomed the leaders of the Marrakech region. In 1932, it gave way to the General Directorate of Public Education of Fine Arts and Antiquities, with a museum of Indigenous and Ancient Arts and craftsmen demonstrations too. Indeed, Marechal Lyautey, General resident of the French protectorate, wanted to encourage and protect Moroccan Arts and Crafts.

He appointed Prosper Ricard as inspector and then curator of indigenous arts. The latter created the Muslim Art Museums of Fez, Meknes and Marrakech. The production of carpets increased tenfold under his impetus. As a collector himself, he wrote a book on the typology of Moroccan rugs and introduced the “artisanal label” which certifies the authenticity of handmade rugs. 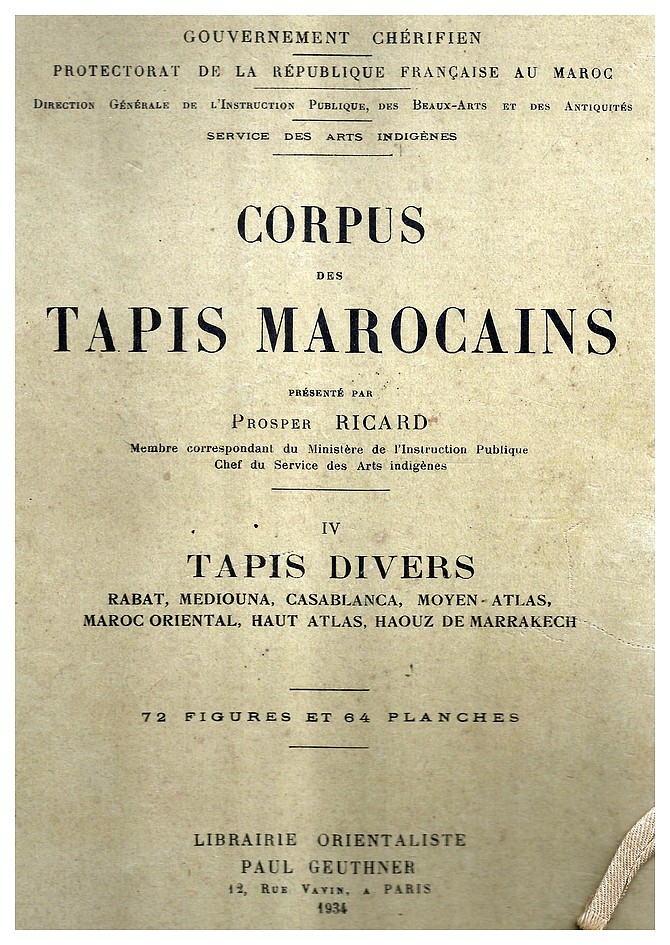 Since June 28, 2018, Dar Si Said Marrakech Moroccan Weaving and Carpets Museum has reopened its doors following major works. The National Foundation of Moroccan Museums, FNM, is in charge of the Museum. Newly renamed the Carpet and Weaving National Museum, with 400 carpets on display, Dar Si Said now offers a prime location to promote the rich heritage of the Moroccan and Berber carpet and weaving collections. The place now given to the ancient Berber and Moroccan carpets restores all its splendour to this thousand-years-old craft. 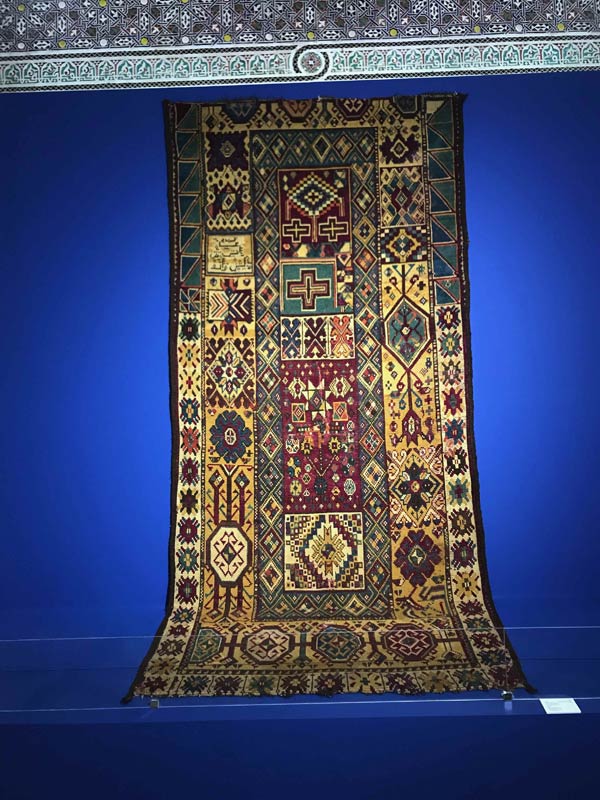 The Museum houses pieces from all regions of Morocco : Haouz Marrakech, High Atlas, Middle Atlas and Oriental, as well as a temporary exhibition of contemporary rugs from Chaïbia or Belkahia

Dar Si Said Moroccan Carpet Museum in Marrakech has organized the museum journey by distinguishing 2 types of carpets : The urban carpet of Rabat and Casablanca, with a rich floral decoration, and the Rural Carpet, which comes from the country of the High Atlas and Marrakech, or the Middle Atlas and Eastern Morocco

National Museum of Weaving and Carpeting of Marrakech

Closed: Tuesday. Open every other day from 10am to 6pm

REDACTION TIPS: Dar Si Said Carpet Museum is a good option if Bahia Palace is too expensive (70dhs) for your Budget. With a similar architecture to Bahia, lovely garden patio, including marble & ceramics and amazing cedar wood ceilings, Dar Si Said has nothing to envy to Bahia Palace, even if the palace is smaller. Much less crowded, Renovated in 2018, it is really worth a Visit ! Closed: Tuesdays