What to see in Marrakech ? During a 3 Days / Nights Break & More

What to see in Marrakech ? During a 3 Days / Nights Break & More

… Marrakech is famous for its sites Jemaa El Fna, Saadian Tombs, Souks in Marrakech, but not only. Discover here the List of the Main Tourist Attractions of the Medina

A little bit of history. To tell is (really) very Simply, Marrakech, ancient city, was founded a thousand years ago by the Almoravides Berbers, who built the wall of the city and many mosques and palaces in Andalusian style.

In 1147, Almohades conquered the city, destroyed it and built numerous monuments such as the famous Koutoubia and an ingenious irrigation system for the gardens and palm trees.

It is under the Saadian Empire that was built the Badi Palace. In the 17th, the Alawites seized the throne they moved in Meknes.

French established Protectorate in Morocco in 1912, for 44 years. It was at this time that Jacques Majorelle, creator of the Famous Majorelle Garden, lived in Marrakech.

Discover the Best Tourist Places to Visit in the MEDINA

Jemaa El Fna, translatable as the “place of the dead” was once a place of public justice where penalties were applied. In the 16th century, the site experienced strong commercial development. This is a result of an epidemic of plague in the 17th that the place would have taken its current name. Many merchants, storytellers, artists or entertainers settled the evening that made Jemaa el Fnaa a real fair. Many circles are formed around actors animating space. Listed as Oral and Intangible Heritage of Humanity in 2001, the Square remains as a popular place for locals and tourists. what to see in marrakech? 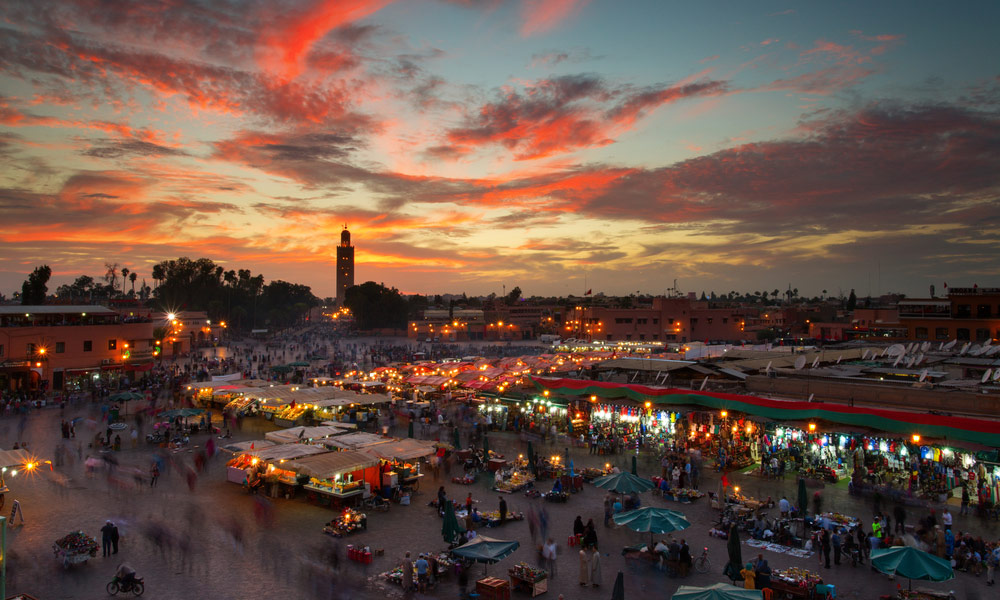 Discovered in 1917, the Saadian tombs are dated from the 16th century. They house the tombs of the Saadian Sultan, and 60 of his descendants and family. Made of Carrara marble and local ceramics, it is a fine example of Spanish Moorish architecture. They are one of the only existing ruins of the Saadian dynasty, after the Sultan Alawi has made destroyed. 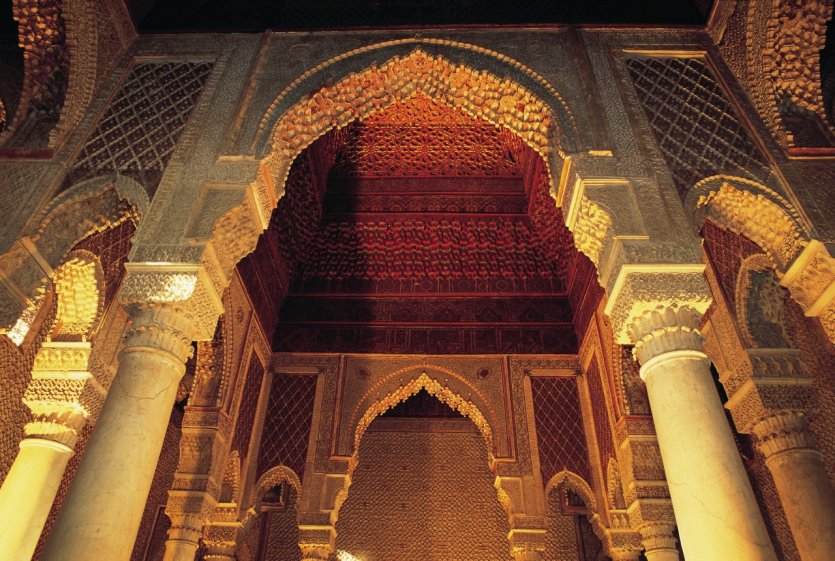 are the historical place of trade and exchange of Marrakech. Made by corporations, twenty in total, they count 2500 artisans. These corporations follow strict hierarchical rules and craftsmen are trained by their elders as part of learning. Few prices are displayed and the rule is to haggle. To find Babouche slippers, Moroccan teapot or ceramic ashtray, you will be spoiled for choice. 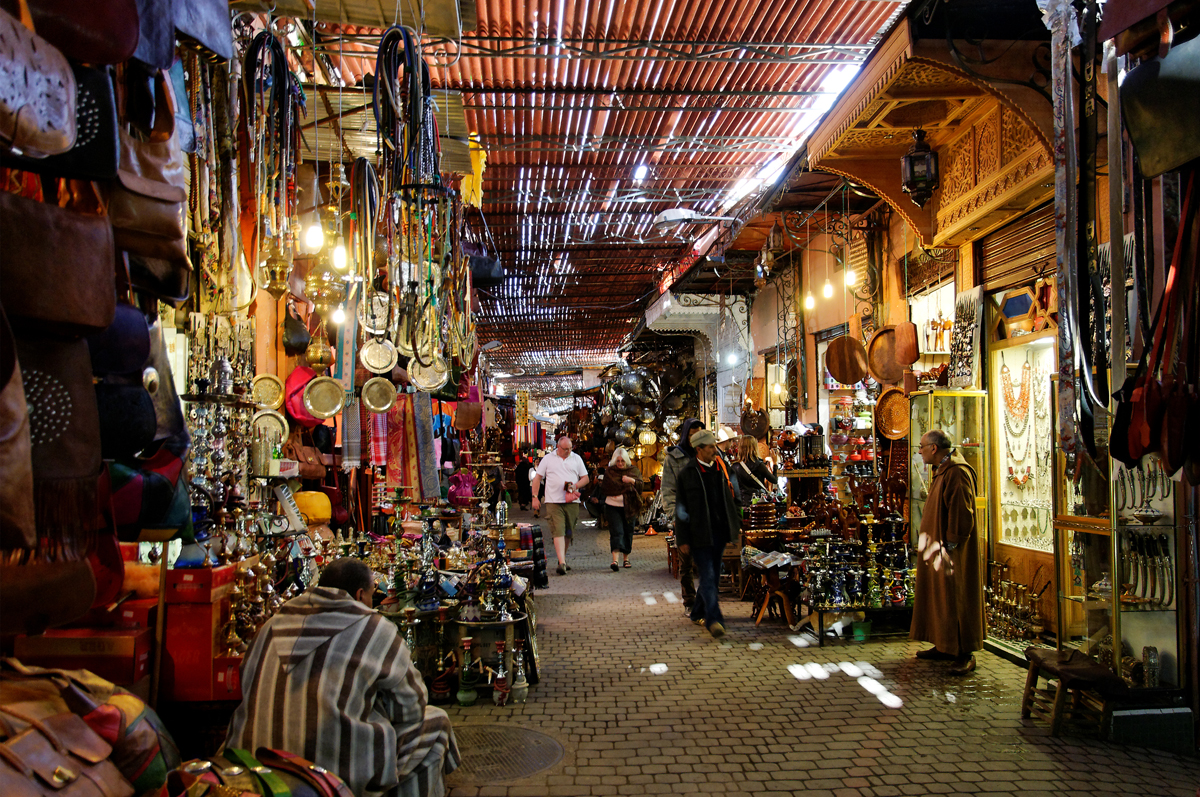 Several famous museums and monuments in Marrakech, built within the walls of the medina, are major cultural heritage of Morocco. The Ben Youssef Madrasa first of all. Dating back to the 16th century, this coranic school in an Arab Andalusian style welcomed for 4 centuries many students including theology. Featuring 132 rooms and able to accommodate up to 900 students, it is now an essential monument of Marrakech and can be visited daily.

Read the Full Article About Madrassa Ben Youssef in Marrakech 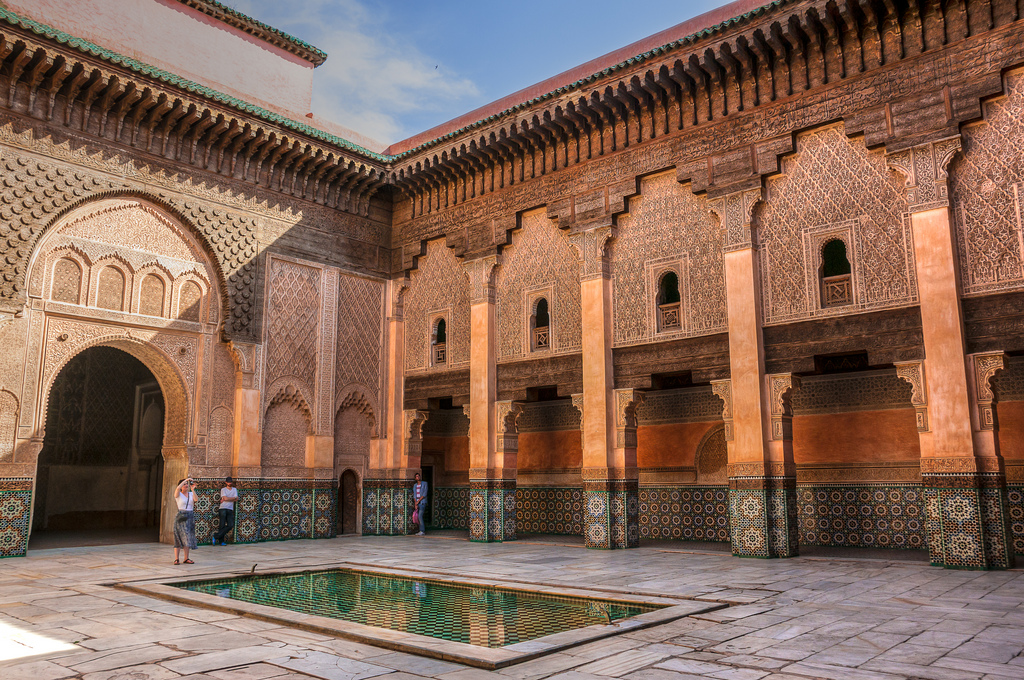 built in the 19th century, named of the favorite mistress of the Sultan, covers 8 hectares. It consists of 150 lavishly decorated rooms with moucharabies, stucco, cedar ceilings, zelliges, and marbles. Multiple gardens are planted with orange, lemon, olive, banana trees, hibiscus and jasmine. From 1912, under the French protectorate, the General Lyautey stayed at the Bahia Palace with French officers. The Bahia Palace is located 100 meters from the Riad Al Ksar. You can even see taller buildings from our rooftop. 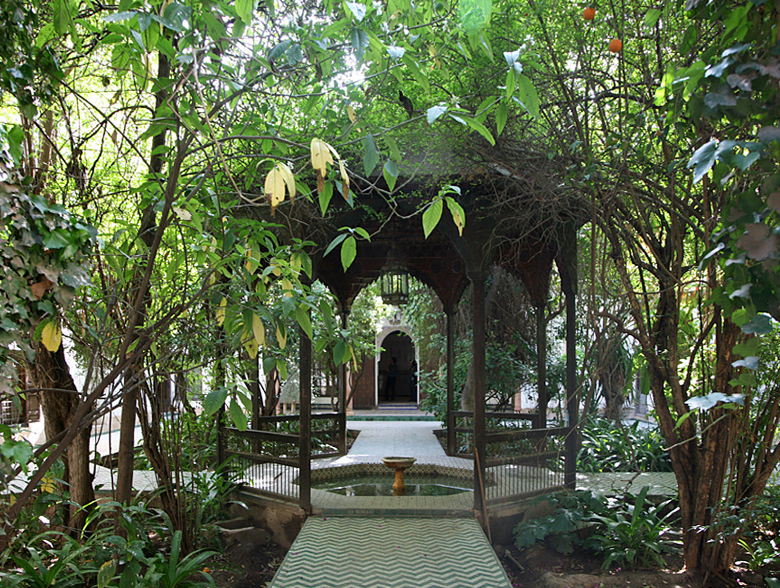 was built in the 16th century by the Saadian. Its construction was influenced by the grenade Alhambra. The palace, a symbol of power, had 360 rooms. It was demolished by the Alawites at the end of the 16th century for use of building in the city of Meknes, becoming capital of the Kingdom. The Badi Palace is located 200 meters from the Riad Al Ksar. You can even see its Walls with storks from our rooftop. 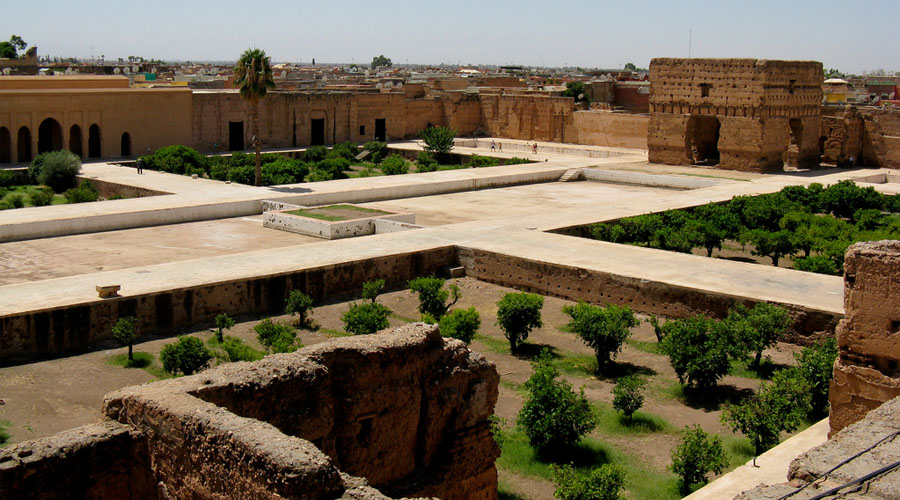 Mosque and minaret dating from the 12th century. Representative of the Almohad art, the Koutoubia is named because it was in the souk of booksellers. For 13m to score and 69m high, it is beautifully proportioned and has a different decor on each 4 sides of the Minaret. 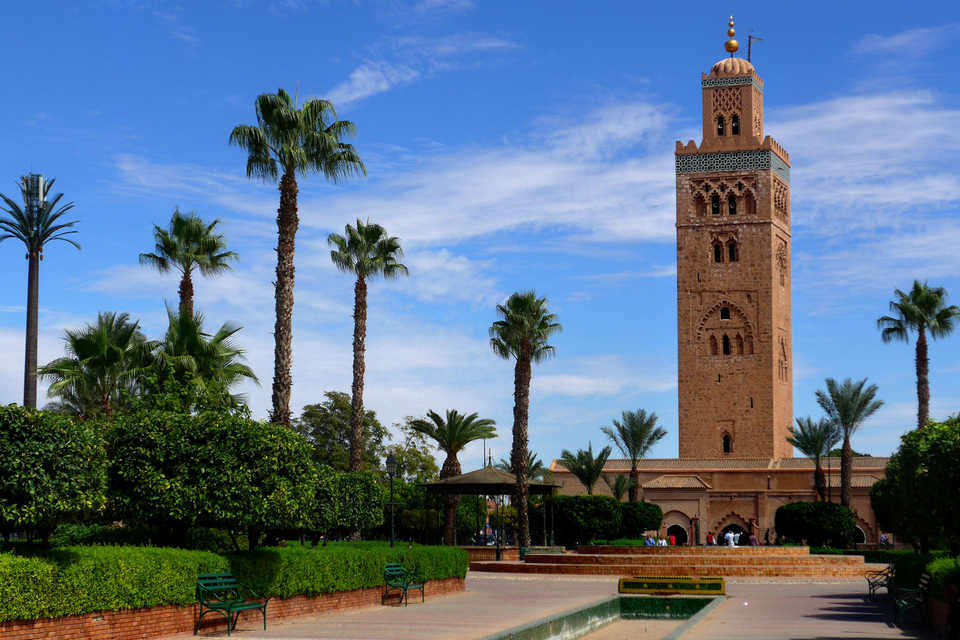 The Glaoui Palace in the Medina of Marrakech, also known as the Pasha Palace, has been open to the public since the end of 2017. Today National Museum, it dates from the 19th century and constitutes one of the most beautiful monument of Marrakech. 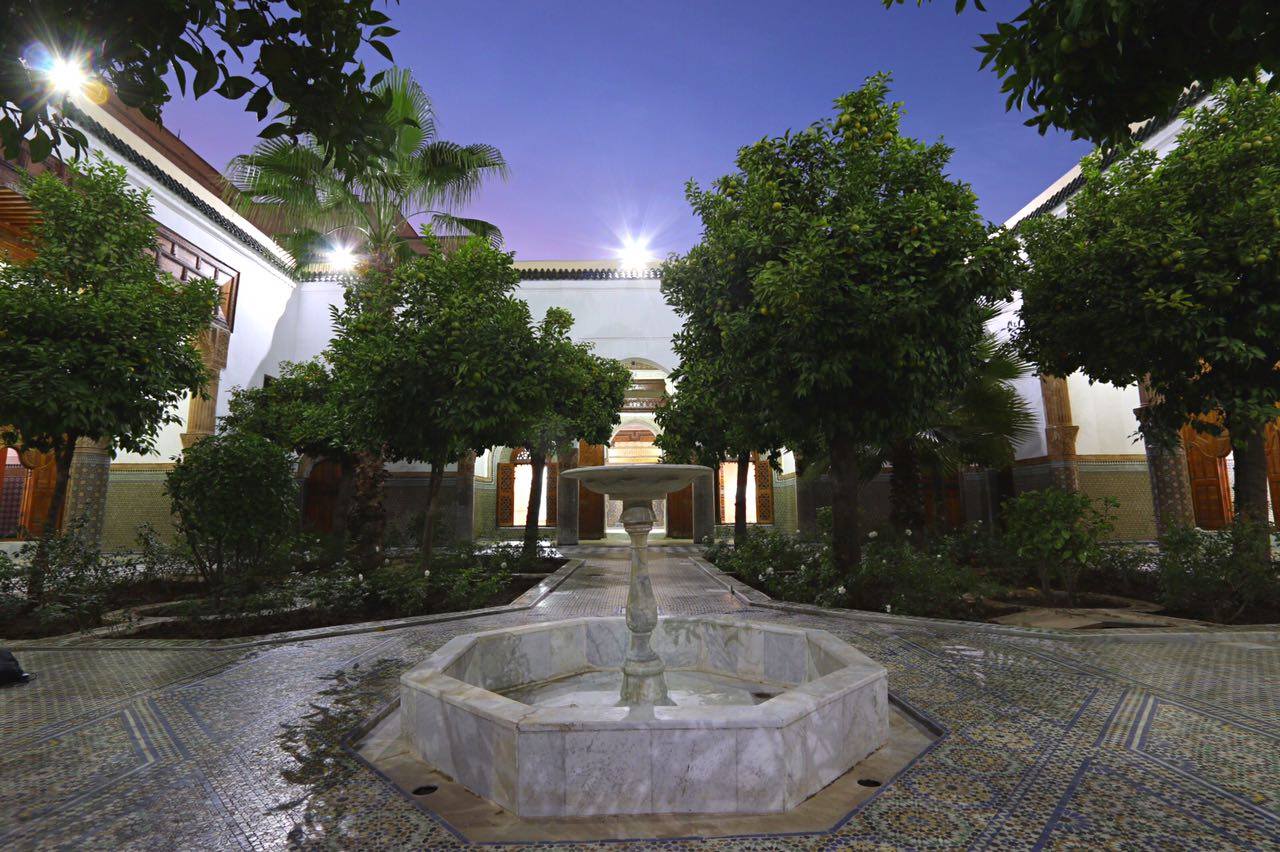 The former Dar Si Said Museum, named after its former owner and designer, has undergone a major renovation. Now managed by the National Foundation of Moroccan Museums, it opened its doors on June 28, 2018 to present the National Exhibition of Moroccan Carpets and Weaving 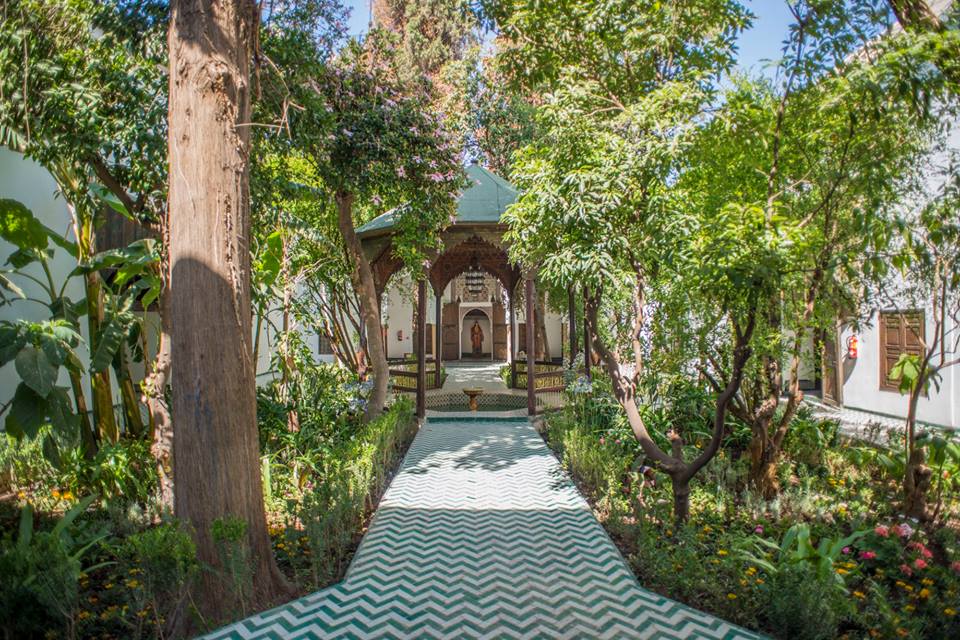 Discover also the Tourist Sites Outside the Medina

what to see in marrakech ? To make a tour of Jemaa El Fna Saadian Tombs Souk in Marrakech and the different neighborhoods of the city is an true experience. Firstly due to the chaotic traffic, specific to the city, and the ceaseless din of horns associated with the density of traffic. Then, as each area represents a specific aspect of Moroccan society and it is interesting to discover the contradictions and diversities of the population. Move in Marrakech is first subject to your ability to negotiate taxis and horse carriages. Do not hesitate to take TAXIS and HORSE CARRIAGES, but do not be fooled and always stay firm. The riad will give you useful information for Marrakech and needs to move in Marrakech and its different neighborhoods. If you want a simple and practical method, it is also possible to use the TOURIST BUS conducting comprehensive tours with explanations of the main places of interest. what to see in marrakech ? Riad Al Ksar recommend Industrial Sidi Ghanem district with designers and showrooms, the Palmeraie with its hotels and villas, Hivernage with its life dilettante and menu of hotels 4 and 5 star restaurants and luxury bars, Gueliz, known as the old French quarter because of its architecture during the French protectorate and of course the Medina, to discover by foot, with its narrow and winding streets. 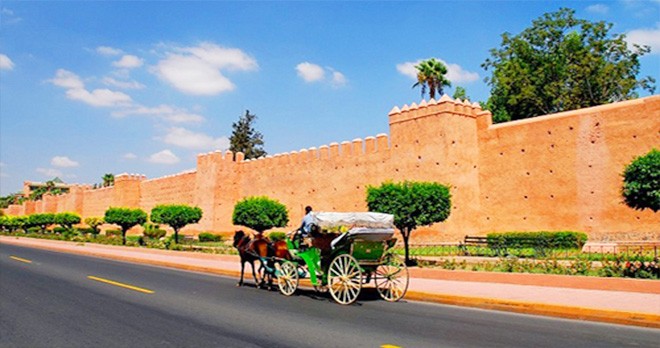 Majorelle Garden is one of the Most Famous Garden in the world because of its Unique Majorelle Blue Colour. Designed by the Orientalist Painter Jacques Majorelle, and Bought by the French Fashion Designer Yves Saint Laurent, the Garden is a Love Declaration to Marrakech City and Lifestyle 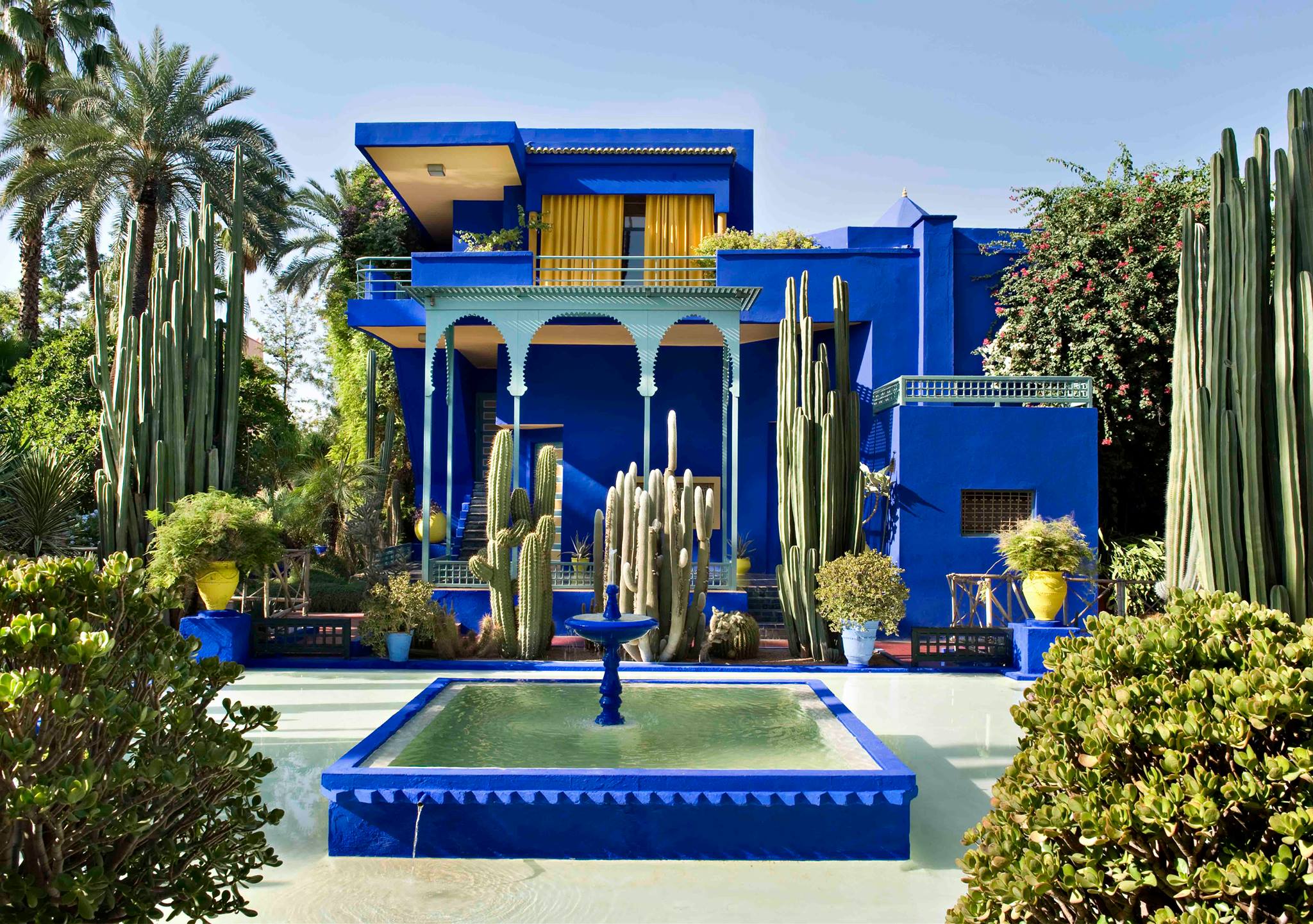 The following Articles are also likely to be of interest to you:

Travel Advice to know Before Travelling to Morocco

Life and Work of Jacques Majorelle

Back to Marrakech Blog Homepage

Nightlife in Marrakech Restaurants Nightclubs Shopping | Quick Guide
Gardens of Marrakech | Exoticism & Poetry
Things To Do in Marrakech - What To Visit ?
Ourika Valley What is it ?
Negotiation in Marrakech Souks | Where to Shop ? What Souvenirs ? Schedules, Map of the 18 Souks
Menara Gardens Marrakech | Tour, History, Pavilion